Premise: The 'Marijuana Party of Canada' accidentally wins the election. Beating all odds, The Marijuana Party members remembered to vote and not only that, actually got off of the couch to go out to the polls.

**note to self** We don't have chads but we could find some similar hiccup in the election to make it legal (at least for a while).

**note to self** Lots of opportunities for sponsorship financing...

Favourite scene - When the 'boys' are arrested while visiting America on a trade mission. They don't even get off the tarmac before being taken by the FBI - in an homage to 'Fast Times at Ridgemont High' they open the doors to the Canadair jet and the abundant smoke wafts out of the fuselage. The arrest causes an international incident whereas the party leader, let's call him 'Riel MacDonald', tells the President and the world to 'chillax'.

Possible cast: Sean Penn as the President (round out the homage and add some irony)

Is there a part for Pam Anderson? Definately something for Meg and Jennifer Tilly. A 'Kids in the Hall' cameo - surely.

Dialogue notes: Copious use of the word 'dude'.

I think I might be on to something here. 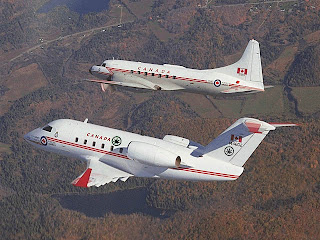 I've used 26 dollars worth of Photoshop today.
Posted by Mark at 1:16 PM

I would leave a lengthy and pithy comment but I have the munchies and am in desperate need for a bag of Fritos. I'll post something later.

hahahaha, that's a brilliant idea. I especially love the idea of using The Weakerthans - easily one of the best Canadian bands. You could use some Stars, and some of The Unicorns in the soundtrack as well. The Sean Penn role would be classic. Do it up, before Seth Rogen does.

Gotta have Ricky or Bubbles.