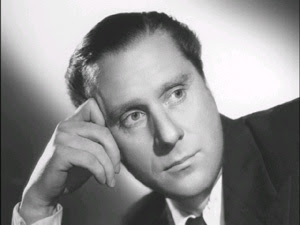 When asked, most film fans can pull out some big names of famous directors - Lean, Kubrick, Ford, Huston, Welles, Bergman, Fellini etc. Some can rhyme off great films but haven't got much of a clue who made them - Casablanca, The Third Man, To Kill a Mockingbird. We tend to remember those filmmakers who were more daring and audacious, controversial and enigmatic. Those people whose own characters are as big as the films they made. Lately I was re-watching the films of Carol Reed and felt compelled to celebrate his films here on the blog. He is one of those filmmakers who doesn't come up in my discussions with film fans (unless I bring him up).

Carol Reed belongs to that British 'journeyman' tradition. He had humble beginnings as an actor and stage manager in the theatre. He joined the British film studio ranks as a dialogue director and worked his way up through the system to eventually becoming director. Finding success with both documentaries and feature films, Reed became increasingly powerful in the British cinema and was able to choose his projects. Reed made three classic film back to back starting with 1947's 'Odd Man Out', starring James Mason. His next film was the first of three collaborations with the novelist Graham Greene, 'The Fallen Idol'(1948) and then the bona fide classic starring Orson Welles and Joseph Cotten, 'The Third Man' (1949). His last collaboration with Graham Greene was the comedy/spy thriller 'Our Man in Havana' starring Alec Guinness. 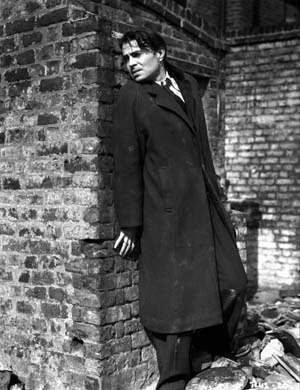 'Odd Man Out' is one of those strange and wonderful films that introduces some unexpected characters who end up taking the film in an original and unexpected direction. 'Odd Man Out' also features another of Reed's frequent collaborators, the cinematographer Robert Krasker (another fine artist whose name is seldom mentioned). 'Odd Man Out' is a story about an IRA fugitive (Mason) who is wounded after killing a man during a robbery and becomes the target of a massive man hunt. Left behind by his partners, he must try to find his way to safety. The film takes place in Belfast and one of the things you notice about Reed's direction is his affinity for real locations. Most films of the day were shot on sound stages with a small amount of exterior establishing shots. 'Odd Man Out' takes place in the bleak and decrepit streets of Belfast. 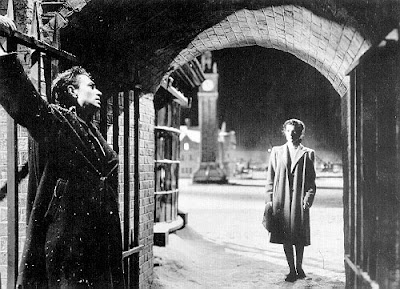 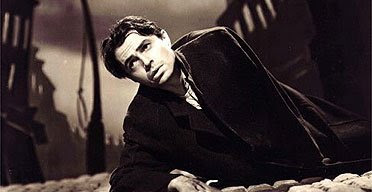 There is a power struggle in Belfast and trust and allegiance is a very slippery issue for the dying Johnny (Mason). At the beginning of the film Johnny questions their use of violence to achieve their goals. The gun doesn't create solutions it just creates more guns. Through the cold and snowy night, the guilt of the murder tears away at him while he evades the police. Along the way we meet the colourful towns people who aid the struggling fugitive.

'Odd Man Out' is a terrific film and highlights Reed's originality as a storyteller and visual filmmaker. There are wonderful hallucinatory images and the film is elevated by great performances, great writing, great characters, great art direction and sublime photography.

After 'Odd Man Out' Reed tackled Graham Greene's novella, 'The Fallen Idol' (originally titled 'The Basement Room'). Again, he takes on material that has a unique twist. 'The Fallen Idol' is a murder mystery where the Butler is accused of murdering his wife. The great twist is that the film is from the point of view of the young man of the house. The boy (played by Bobby Henrey) is quite enamored with his good friend Baines (the Butler played by Ralph Richardson). Baines' wife suffers a life ending fall down the stairs after confronting Baines about his ongoing affair with a younger woman. The young boy is a partial witness to the 'murder' and the film unwinds in a series of secrets and lies until the tense conclusion. The film succeeds on all levels - his use of the child's point of view, the strong compositions, wonderful production designs, great writing and the great performances he elicited, especially from the young Bobby Henrey. 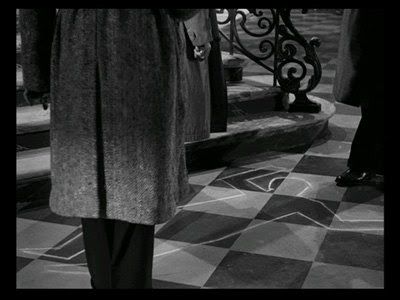 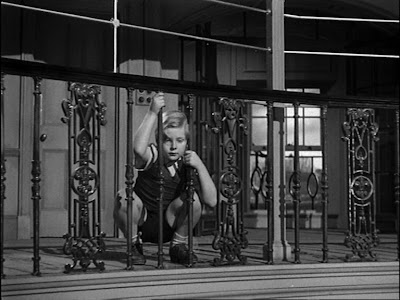 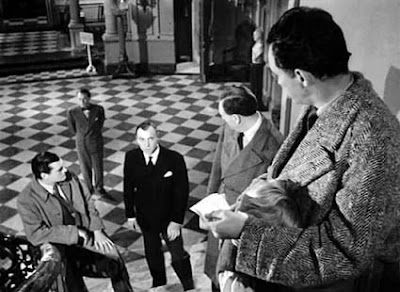 Reed's next film was 1949's blockbuster 'The Third Man'. Starring Orson Welles and Joseph Cotten, 'The Third Man' was based on an original screenplay by Graham Greene (not an adaptation). Like the previous film, 'The Third Man' was a mystery, this time set in the rubble of post war Vienna. The plot involves Holly Martins (Cotten) arriving in Vienna to visit his old friend Harry Lime (Welles) only to be informed that Lime had been killed after being struck by a car. Frustrated by the police's lack of interest in the mysterious circumstances of his friends death, Holly resolves to find the killer(s) and get justice for Harry.

Again, the location photography by Krasker is sublime (won the Academy award that year for b&w cinematography). The film is driven by the unforgettable score by Anton Karas, the characters and performances are outstanding and the story is poignant and surprising. The visual style is dynamic and employs canted angles and superior compositions. Over the years many have suggested that Welles played a large role in the direction of the film but if you look at 'Odd Man Out' and 'The Fallen Idol' you realize that this is simply nonsense. Reed was a fully developed artist and while Welles' contribution to the film is great, it was in his performance and not his direction that you can feel his effect (Greene did note that Welles' famous cuckoo clock speech was written by Welles).

'Our Man in Havana', written by Greene, is a highly entertaining thriller/comedy that has Jim Wormold (Alec Guiness), a vacuum cleaner salesman, enlisted by British secret service to spy on the Cubans. The film takes place on the cusp of the Cuban revolution and features great locations, characters, visuals (I'm repeating myself here). Wormold doesn't have any inside track to any information but he does have a daughter who is spending more money than his struggling Vacuum Cleaner business can keep up with. Wormold reluctantly agrees to work for the secret service where he will be paid handsomely for his work. On the advice of a friend, Wormold invents a secret world of spies and intrigue to satisfy his end of the deal. At least to the point where they become highly interested in one of his fictional subjects. 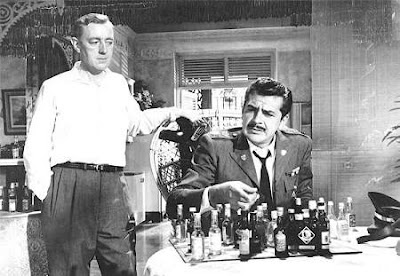 Although much lighter than his previous films, 'Our Man in Havana' illustrates what a wonderful knack Reed had for finding great scripts and top notch collaborators. Having come from the theatre he was apparently an actor's director and all of his films feature wonderful characters and performances. With such strong collaborators he doesn't fall into the realm of the 'auteur', the theory that seeks to elevate the director and diminish the collaborators. Like Hitchcock he was also mainly a 'genre' filmmaker which makes it harder to spot the individual voice of the filmmaker. With Reed, you can get a sense of the artist by looking at his body of work. You see his interest in stories set against societies in violent transition. His fascination with the deceptions of friends and foes - secrets and lies. He was also brilliant at making films that are highly entertaining sixty years after he made them. That's a feat any filmmaker could be proud of.
Posted by Mark at 9:34 AM

Ya know, when talking about Carol Reed everyone always jumps to "The Third Man," but "Odd Man Out" really was a tremendous film that's not to be forgotten. Great post. I'm adding "Odd Man" to my NetFlix queue. I should see that again.

Mark,
Did we talk about Reed at Jim's ? I had just watched Fallen Idol (Criterion version available at Zip.ca) acouple of days earlier! Bloody amazing! These films really are superbly crafted. British cinema needs more attention among the young set.
PS - Working on the Gilliam piece!