Not with a bang but a whimper 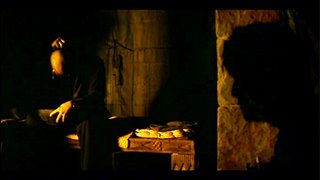 In my eternal effort to keep the film industry afloat, I picked up the new dvd of Francis Ford Coppola's 'Apocalypse Now'. I must confess to having bought this film a few times now and will admit that I am a sucker. As for the dvd, it's a gem and worth every penny. For me 'Apocalypse Now' is one of the greatest films ever made. It is rich in both theme and idea and it transcends cinema and comes closer to literature. And if I might confess again, I do think that literature transcends cinema most of the time.

Why then do I love the cinema?

The answer is easy, films like 'Apocalypse Now' are the reason I love the cinema. It represents the potential of what cinema can be. Film is much more of a poetic medium than it is literal. We combine images with sound and, often with a narrative structure, search for feeling and emotion. Film doesn't express complex ideas terribly well but it expresses emotions and feelings better than any other medium. I find that when a film becomes sublime is when it works on both an emotional level and an intellectual level. This is what makes Apocalypse Now so great - it's a film that walks the line between philosophy and emotion.

Having listened to Francis Coppola's commentary track (the reason for buying the umpteenth edition), I must admit that I'm inspired. What was so inspirational is the fact that Coppola says the film was a product of creative process. The film you see isn't the film he intended to make. While going on the journey to make the film he realized that his original ending was not appropriate. The film itself began to suggest it's own structure and style. It's fascinating as a writer when you start to write a story and no matter what you thought it should become, the piece starts to shape itself and dictate to you what direction it should take. This is the creative process. Despite our appetite to finish things, it is the process that makes the journey so interesting.

For Coppola, Apocalypse Now was a harrowing experience but the journey is what seems to have made this film so great. There was no cinematic manipulation or clever turn of story that could have saved him. He had to face the story that he began telling and let it lead him to it's own conclusion.

I truly admire Francis Coppola as a filmmaker and I think that any student of film can learn so much from his films and his DVD commentaries. He doesn't approach films in the same way as many other filmmakers. He doesn't rhyme off influences and superficial elements, he talks about the story and the process of creating the story. For Coppola, it's about the film and the ideas behind the film as opposed to the style. Style, as he says in the 'Apocalypse Now' commentary, was dictated by the story, it was something that came to him as opposed to him imposing it on the film. This is how filmmakers should approach storytelling - let the process dictate to you.
Posted by Mark at 1:05 AM

I couldn't agree more. I too watched the DVD as soon as I got it. Coppola's creative spirit is sorrily missed today.

People tend to forget how important he is. He was at the forefront of the digital revolution, the first to try independantly financed major productions and "godfathered" the creative explosion of the 70's. In his constant reinvention of himself though his movies, he has had some misses, but there's always have something to admire.

With "AN", his notes demonstrate a love for cinema based with a practical attiude of a director commited to his material. He tries. Hard.

The reason I go to fewer movies these days is because few directors try as hard as Coppola.

I'm not sure why he isn't revered more. It's possible that he suffers from what Welles suffered from - you came out of the gate with such magnitude and greatness that when you failed to deliver it again people shun you. For some, Coppola hasn't delivered a great film since 1979. That's almost thirty years without repeating the former greatness.

Yet, you have to consider film economics and Coppola's own financial troubles after 'One From the Heart'. He made much smaller films and slugged his way through the 1980's trying to pay off his debts. Apparently he cleared his debt after Bram Stokers Dracula but he has yet to come back with a big project.

His new project 'Youth without Youth' looks very interesting and I have high hopes for what he'll achieve. He's often talked about another film 'Megalopolis' that he intends to make and I hope that too gets off the ground.

On top of the contributions that Jim pointed out above, Coppola has supported and championed many filmmakers including George Lucas, John Milius, Caroll Ballard, Akira Kurosawa, Sophia Coppola, Robert Duvall, Wim Wenders etc.