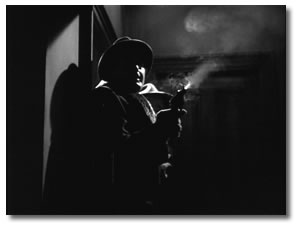 I watched 'The Narrow Margin' for the first time last night. It's a Noir thriller that involves a police officer having to transport a key witness in a mob trial across the country by train. It begins with two cops escorting the woman out of her house when they are attacked and the partner is killed. The protagonist of the film (played by Charles McGraw) doesn't like the witness (played by a sultry Marie Windsor) who is testifying against her husband. Mob hit men follow them to the train and we are stuck in a claustrophobic game of cat and mouse. It's the kind of film where no one is who they seem and McGraw is left trying to do the right thing as they bully him and attempt to bribe him.

This enjoyable film was shot in 1952 and would be considered on the latter end of the film noir period. The photography is exquisite and the staging is more involved than many of the low budget thrillers that proceeded it. The director Richard Fleischer constructs a lean thriller full of surprises and like other Noir films, the language of the film is stylized and hardboiled.

There are plenty of flaws in the picture that keeps it from being in the same class as Billy Wilder's 'Double Indemnity' (my favourite) or Lang's 'Scarlett Street' but there is a lot to like about it. It's an interesting film as it does have a different feeling than the 40's films. I suspect it has to do with the change of society and attitudes towards sexuality and violence. This becomes much more apparent in Orson Welle's 1958 thriller 'Touch of Evil'. In 'Touch of Evil' sexuality and decay are much more obvious. There is a definite change in tone with suggestions of drugs and rape. Like the previous discussion about the differences between 'No Way Out' and 'The Big Clock', there is a sense in 'The Narrow Margin' that film and society had started to shift. By the end of the decade (1959) Otto Preminger releases 'Anatomy of a Murder' and it really feels like Hollywood is starting to loosen it's hold on tough topics and things that were only hinted at previously are starting to be stated.
Posted by Mark at 11:23 PM