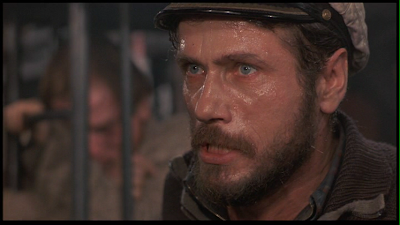 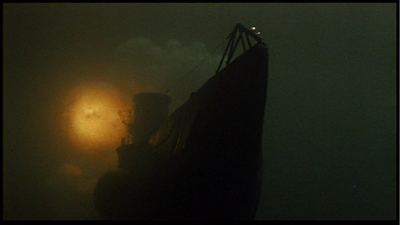 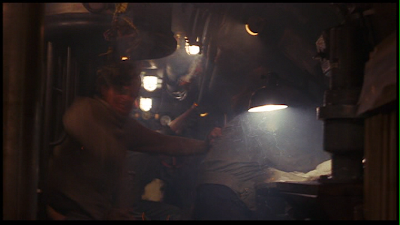 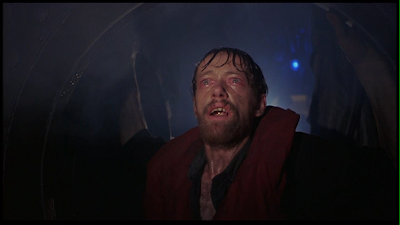 I've been a big fan of the home theatre for many years and the industry's move to high definition plasma and lcd televisions is exciting. Having said that, nothing compares to seeing a film on the big screen.
I saw Wolfgang Petersen's 'Das Boot' on television yesterday and it transported me back to one of the best theatre experiences I've ever had. Ten years ago Petersen released a director's cut of his classic 1981 film. Originally conceived as a 282 minute mini series, it was cut down and released as a 149 minute feature and then given another theatrical release in 1997 as a 209 minute director's cut. The extended version added more characterization and depth of story and it also restored the picture and added a new soundtrack optimized for 5.1 surround sound.
I was at film school at the time and my good friend Vince and I decided we'd go to an afternoon matinee. I had to work that evening but the one o'clock start time made sure I wouldn't be late. I had no idea what I was in for!

I had seen the original theatrical version on Laser Disc (I know, I know) and was familiar with the story. I was not, however, familiar with spending four hours in a claustrophobic U-Boat being hunted by destroyers. The theatre was equipped with a huge screen and a superior sound system and Vince and I were held in terror for hours. Petersen's visual style employed tight shots and hand held camera work. With a screen that envelops most of your peripheral vision, you were transported into this vulnerable tin can. The tight compositions and cramped spaces enhanced the sense of claustrophobia and the fear of having no place to escape. All of this was punctuated by the new 5.1 sound track that emphasized every creak and groan the submarine would make. Every depth charge that exploded would rattle your clothing and those long moments of hearing that sonar ping getting faster and faster squeezed the breath out of your lungs. Everytime a depth charge would go off, all hell would break loose on screen and the camera would shake violently as the characters were thrown around like rag dolls or desperately held on for dear life. The darkness and scattered light would illuminate the sweaty submariners as their eyes would drift up towards the surface with extreme fear and anxiety.

In a word, it was brilliant. It was pure cinema, visceral and emotional, and by the time the credits rolled and I got onto the subway to go to work at the bookstore I was physically and emotionally exhausted. I have since lamented missing films in the theatre after I've seen them on the home theatre. I missed 'Master and Commander' in the theatre and when it came out on dvd I was disappointed. I love high seas adventures and the film was so beautifully made, the little screen did it no justice.

On the big screen everything is amplified. A subtle look by an actor can say more than any bit of dialogue. A beautifully composed wide shot is detailed and rich. I saw 'The Maltese Falcon' on the big screen after having seen it on the television numerous times. I laughed in places I hadn't before because Bogart and Astor were making such great subtle gestures that were lost on a television. In 'Apocalypse Now' Kurtz's compound becomes even more surreal and frightening when you can see all of the disembodied heads and all of the details of the art direction. On the small screen these are all spots on the screen. The bigger screen is like turning the sound up - it amplifies the visuals and your entire line of vision is concentrated on the flickering light in front of you. There is no refrigerator, closet door or sofa. There's no pause and no escape from what is in front of you.

When a movie works on the big screen there is nothing like it.
Posted by Mark at 11:05 AM

It was a great day at the movies!

It was a great day at the movies! - Vin

Well,duh!
Been preaching this for years.
These things are MEANT to be seen big.
I caught the Director's cut of Das Boot in LA that same year while working for Disney. Un-believable.
How did they get those dolly shots of the guys running down the length of the sub?
Went to every screening I could manage.
Saw Ben Hur one night at the Egyptian. Twenty Thousand Leagues at the El Capitan.
Actual Technicolor prints!
Lawrence of Arabia at the Cinerama Dome.
But the best was 25 years ago - a superb print of Midsummer Night's Dream, the old 39 version from Warner Bros, in one of the great grand old movie palaces...suddenly understood what it must have been like to go to the movies back then and why it was such a big deal and why The Movies became the Thing we revere today.
It is interesting how apple etc. can make a big sell out of movies that are meant to be seen big, on tiny screens( ipod, iphone, etc.) What is the attraction of Youtube? We (or rather those who don't know better) are being sold a bill of goods!