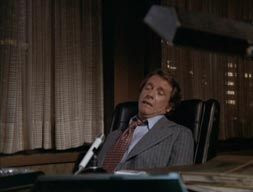 What a curiosity the remake is. It's a unique phenomenon in modern art and somewhat exclusive to the movies. I suppose you could argue that the theatre is built on remaking or recreating the play. Agreed. However, the play (or opera or dance) is immediate and then it is gone. A play happens in the present and in a specific space (the theatre) while film is something that is recorded and something that can be reproduced. In the reproduced arts - the painting, the photograph, architecture, and sculpture - the reproduction of the piece by someone other than the artist is considered moronic (with the exception of popular music - even then...).

Yet we have the film remake, and at times, the remake that follows the previous picture word for word or shot by shot. Gus Van Sant remade Hitchcock's Psycho shot for shot with few alterations, the exception of colour photography and a few additions including the unnecessary Norman Bates masturbation scene. I imagine the best way to view a remake is never to have seen the original. Psycho felt like a high school version of the original. It felt like a forced imitation with actors who seemed to be doing impersonation rather than acting. Don't get me wrong - Vince Vaughn has his own strengths but he totally lacked the uncomfortable asexuality that Anthony Perkins portrayed so effortlessly. Anne Heche, of course, was a flavour of the month and couldn't even compare to Janet Leigh. In the end the film's only success is reminding us how great the original was.

I recently put on the Double Indemnity Legacy Series DVD which includes a 1973 Television remake of the original Billy Wilder film. I've seen the original film enough times that I have a strong memory of it's rhythms and performances. The 1973 version (adapted almost word for word by the famous Steven Bochco) is a lot like Psycho where it feels like an amateur production of a classic work. Richard Crenna (of the Rambo fame) replaces Fred MacMurray as Walter Ness, and Samantha Eggar takes the place of Barbara Stanwyck. Lee Cobb, like Vince Vaughn, seems to be doing an impersonation of the great performance of Edward G Robinson. None of the performers seem to understand the emotions of the original characters and each one seems to be saying their lines without the strong intentions of the original material. It's a curiosity for sure but nothing more. Crenna may do his lines well enough, but his reactions to the other players lack any knowledge of how Ness feels about anything. Beyond the performances of the script, the lighting, music and art direction are exactly what you would expect from 1970's television. Despite the dark material, the scenes are over lit and flat. The music is often added to take up space. Again, very little understanding of the psychology of the characters.

It's fascinating to watch these films as it highlights the talent of the original filmmakers. It also highlights the absolute importance of casting and how great actors bring something special that is beyond the words of the script. Are there exceptions to the rule? Of course. John Huston's "Maltese Falcon" was the third attempt at retelling the Hammett novel. Yet, it got the casting right and it had a director that could bring the material to life. Was it a remake of the film or a new adaptation of the book? Steven Soderbergh's 'Solaris' is not a remake of the Russian film but a re imagining of the original material. Maybe that makes the difference.

I ask you - are there any great remakes in film? Scorsese might have done a terrific job with 'Cape Fear' and 'The Departed' but were these necessary? Were they any better than the originals?

Even good guys get sucked in. Have you ever seen "The Trouble with Charley?" Jonathan Demme remaking "Charade?" Or Tim Burton's "Planet of the Apes?" Both terrible and curiously both star Markie Mark.

I wonder how talented directors get convinced that it is a good idea to transform someone else's film.

Demme did do a pretty good job with "The Manchurian Candidate" although I'm sure I can get some argument on that point.

a recent interesting remake was "Superman Returns". Although it was a poor movie, and more of a reimagining than a remake, it featured actors recreating the performances of other actors in the orginaly movies -- Kevin Spacey doing Lex Luthor in the style of Gene Hackman. A mess of a movie that turned out to be on indulgent directors love letter to two movie from his childhood (SI and SII)

Speaking of Superman, Derek, I finally picked up Tom DeHaven's novel "It's Superman". He has reimagined the Superman story and has fleshed it out into a terrific coming of age story in the 1930's. You should check it out.

Please! What they COULD have done with that and didn't is appalling - and despite the great performances the story was de-balled of any true political significance. Watching Frankenheimer's original still makes me cringe, not only for the superb performances from Sinatra, Harvey and Lansbury but also for how close to the bone it rings with today's politics of fear. Alas, some things never change.

Sorry, but "a pretty good job" doesn't make the Manchurian remake worthy of the original nor even come close to answering the question: why remake it at all?

The answer of course is two-fold: money and lack of imagination. There's a third reason which involves director's stroking their own egos and in the case of Gus Van Sant taking the money, leaving his imagination at the door and tugging at his own Mr. Happy all through the shoot of his shot-for-shot remake of Psycho it was all three reasons very much upfront.

I'm still waiting for the big screen version of Green Acres. There's another blog for you: TV series made into films. Twilight Zone. Beverly Hillbillies. Charlie's Angels. Dukes Of Hazzard. Mission Impossible. The list goes on - and on - and on -

But I must admit to being delighted and curious to see the Steve Carrell version of Get Smart when it comes out.

The reverse of that "sure thing" game plan of studios is when a feature gets turned into a series. They even tried to do Casablanca as a series - twice - the first one I've never seen but the second attempt featured David Soul (Hutch) as Rick. Can't remember any others off the top of my head but I'm sure there are plenty. Oh yeah - Young Indiana Jones ... which was good; and Lucas wil be bringing out Star Wars as a series, focussing on the early days of Luke on Tattooine.

When they start taking McDonald's or Coke commercials and turning them into features we'll know we've hit rock bottom.

You pick'n a fight Rob?

I did like that they shifted the enemy from the communists to the corporation and I don't think the idea is as irrelevant as you suggest. They do raise the question of the corporate control of America (and the rest of us for that matter) and do it under the banner of a major studio. There is something there that does engage us in the modern world and asks us to reconsider who our 'enemies' are.

Beyond the politics, the film was smart in casting. Denzel Washington, Meryl Streep, and Liev Schreiber were great choices and does elevate the material. Unlike the examples in my post, these actors are quite capable of inhabiting their performances. Who can argue with Roger Corman playing a US Senator!

We do agree though - why remake it? What is the point, even if it is pretty good? I always thought that a remake is something that should be saved for a poor film that had a great idea but didn't succeed. I thought Steven Speilberg's 'Hook' could be remade into a great children's film. It had a wonderful twist on the story but failed to deliver (far too trendy - skateboards in wonderland?).

I can't believe they did Casablanca as a series!! It's funny when you look at 70's and 80's reaction to films of the 40's. For some, it was the realm of mockery and fun and for others it was a strange, stereotypical homage. They would use the stylized dialogue and imagery but would miss the thematic intent of the original films. Well most. I adore Robert Altman's "The Long Goodbye". Altman seemed to get to the point without all the stylistics.

Demme does use some interesting techniques that I can't remember being used in the original. He has the actors, Washington and Schreiber (i after e except after c) look directly into camera when doing their lines. It's a wonderful technique Demme uses (I think he uses it in Silence of the Lambs as well) and intensifies the scene.

Pick a fight? Me? With you?

We shoud do a sit-down comparison of the two films and throw popcorn at the screen every time we disagree.

Frankenheimer had his cast speak straight into the lens too and used some wild camera techniques, even by today's standards. Was it James Wong Howe as D.P. for that? I know Howe did Seconds for Frankenheimer and that one still gives me bad dreams. Very innovative stuff.

I LOVED The Long Goodbye. It was my touchstone Altman film and secured him in my mind as a genius fillmaker. I screened it again the night he died and just soaked it all up. The camera that never stops moving. The layers of detail. God. And Marlowe's next door neighbours too.

And while I'm with you on the "corporate versus commie" take on the story I just don't think they went as far with it as they could. They pulled their punches. Of course, being financed by one of those corporations might have had something to do with it.