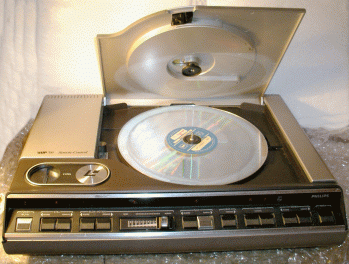 Rob sent me this link...

In the early nineties Laserdisc emerged from the ashes and revitalized the hardcore film fans. Using an fm modulated picture (analogue) and a digital soundtrack, Laserdisc was the best image you could find on a home video format. Much superior to VHS. Films were available in letterbox format and in addition to the digital audio track, Laserdisc also contained an analogue track you could switch over to. This is where the 'audio commentary' originated. The film's soundtrack on the dolby digital stereo track, the commentary on right channel of the analogue track and a mono mix of the film on the left channel of the the analogue tracks. The mono channel was to ensure that those who didn't have the new digital systems would still be able to get the soundtrack in mono. Very clever.

On the pioneering edge of all this was the Criterion Collection. They sought out the best prints of films, made deals with the studios and rights holders and tried to bring cinephiles the most comprehensive version of classic and intriguing films of days gone by. They have come a long way.

Technology aside. Criterion has been the ultimate standard for the passionate lover of film. They cost more. What you pay for is the licensing of the films from the rights owners, the cost of finding and scanning the best prints available and the in house production of the special features (docs and commentaries). It seems to me that this business is in it for the love of movies more than the love of money and that is a refreshing change.

I am planning on buying their new release of "The Third Man" on Bluray. I own the Crition Laserdisc and the first release on DVD (I held back from the second release).

Poor Orson... never saw a dime. He took a salary to pay for his own film, "Othello". They offered him profits but he needed the cash... He lost A Lot of money...

Don't know if you saw this but you can now watch select Criterion films online from their site for $5.00. When you order the film you get a week window or so to watch. Yes, watching a film on computer is less than ideal, but if you like it they will will apply that $5.00 rental to the purchase of the dvd/brd from their store.